History of the Foundation

Sierre’s fascination with Rilke predates the establishment of the Foundation. In 1956, thirty years after Rilke’s death, the city of Sierre created a Rilke Room in the Manoir de Villa dedicated to his memory. A street was named in his honor and Sierre celebrated the first Rilke Festival. Rudolf Kassner and Maurice Zermatten were speakers at this festival, and Paul Hindemith conducted a performance of Rilke’s poetry for which he had composed the settings. In the years that followed, a few hundred donated books – generously provided by Jeanne de Sépibus, Jean de Chastonay, and Paul-Albert Berclaz – became the basis for the future Foundation’s current collection.

In May of 1967, Jeanne de Sépibus-de Preux (1886-1977) donated a number of items in her possession, including manuscripts, letters, and objects connected with Rilke, to the city of Sierre. Her gift included the manuscript of Le Noyer and 38 letters from Rilke addressed to her. These documents were originally exhibited in the courthouse’s “Blue Salon.” Additional items from the estate, including salon furniture, portraits, and photographs, were later added to the original gift. A manuscript dedicated to de Sépibus, the Quatrains Valaisans, which she had previously sold to a London antiquarian, was repurchased by several Sierre residents and can be found today in the Rilke Foundation’s archive.

In September 1973, Sierre celebrated a gift from Mrs. Henry Valotton-de Freudenreich (1891-1976). Her gift included around thirty letters from Rilke in which he addresses her by her maiden name, Yvonne-Renée de Wattenwyl, along with several elegies and poems that he transcribed for her.

In the summer of 1975, the city celebrated Rilke’s 100th birthday. The exhibition held in the Manoir de Villa, “Rilke in Valais,” was a central event.

In 1984, a Rilke bust by Edouard Vitali was unveiled in Sierre’s public garden (“Jardin public”), which is known today as the “Place de l’Europe.”

The city of Sierre transferred its entire Rilke collection to the Rilke Foundation when the latter was founded on October 1, 1986.

In 1987, the Rilke Foundation set up its museum on the first floor of the Pancrace de Courten, located in Sierre at Rue du Bourg 30. The Foundation’s intent was to introduce visitors to the work and life of a poet most people associate more readily with Prague and elsewhere. Rilke lived in the medieval Château de Muzot from 1921 to 1926. There he completed the Duineser Elegien (Duino Elegies) and wrote the Sonette an Orpheus (Sonnets to Orpheus). While living at Muzot, he also wrote poems in French and translated the work of Paul Valéry. It’s easy to see why visitors in Valais expect to find a place dedicated to his memory, whether in Sierre or in the nearby Raron, where Rilke is buried.

Since its inception, the Foundation has received many generous gifts and bequests, a list of which can be found under Highlights from the Collection on the Research and Collections page. 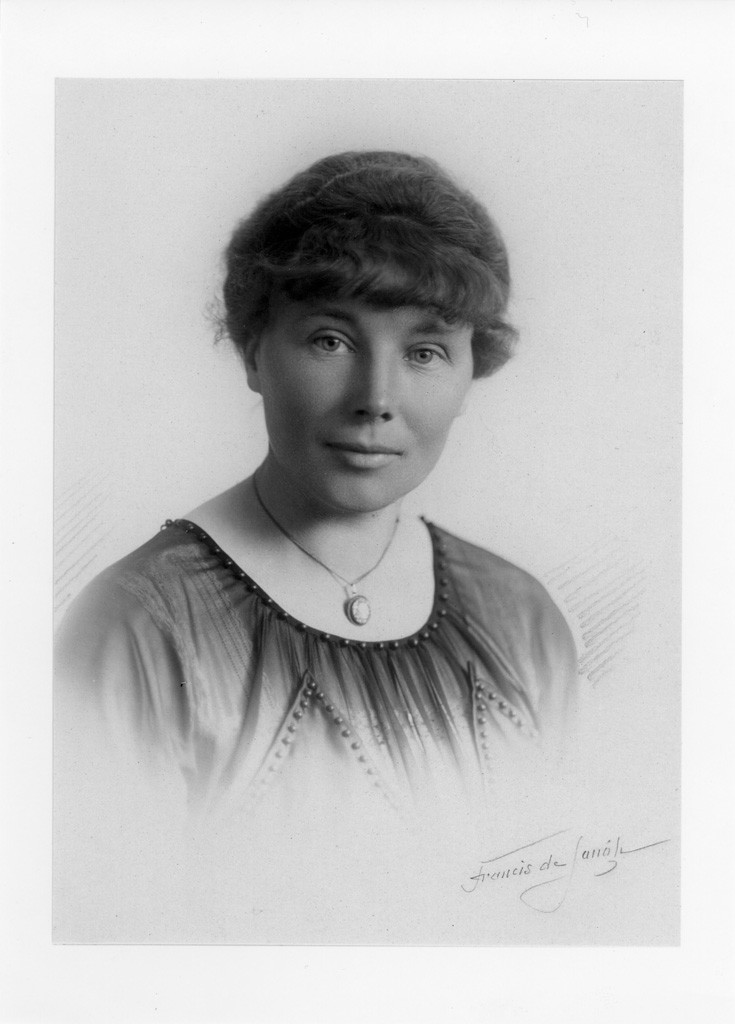 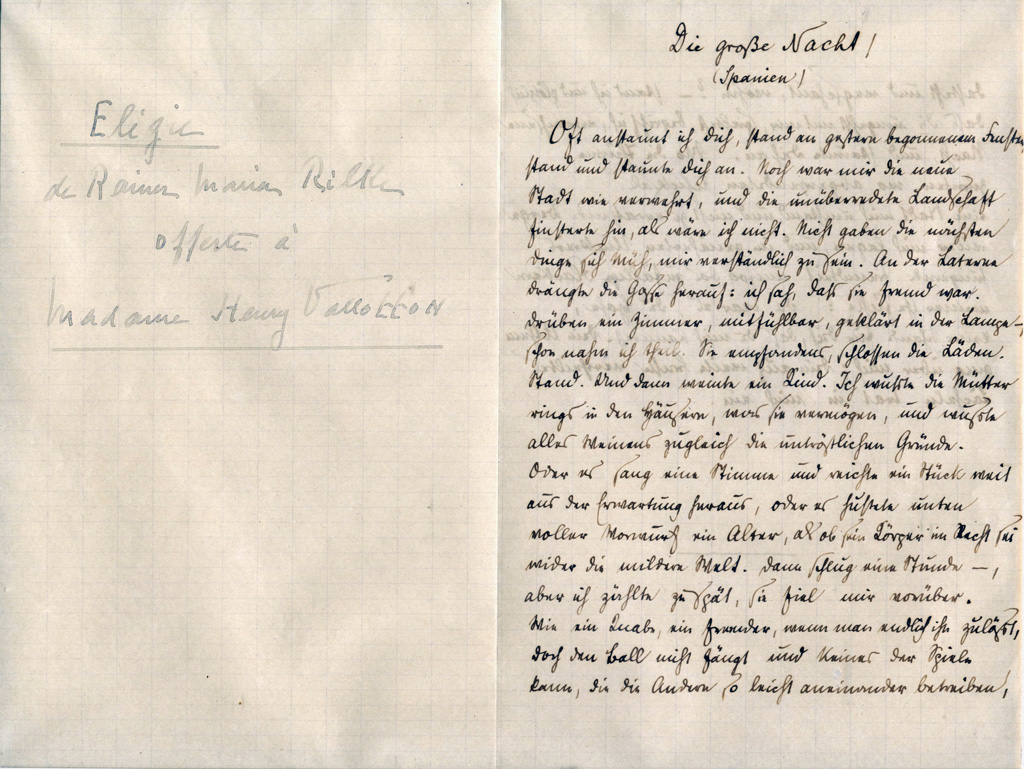 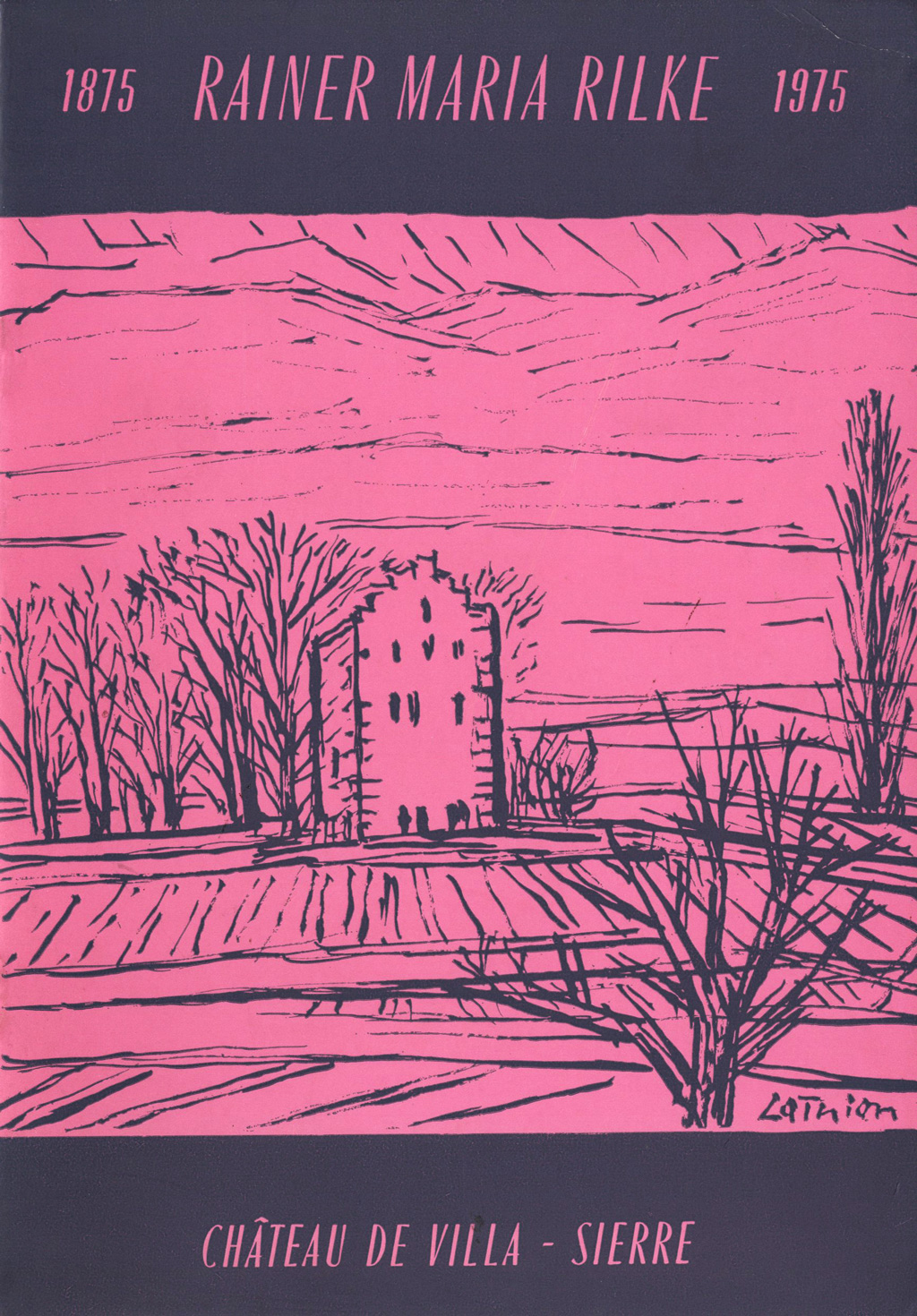